Canadian Christmas trees are grown in a non-polluted cold winter environment. These conditions allow real trees to flourish, bringing warmth and beauty to your home for Christmas. 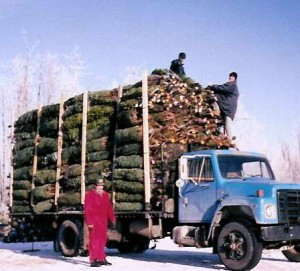